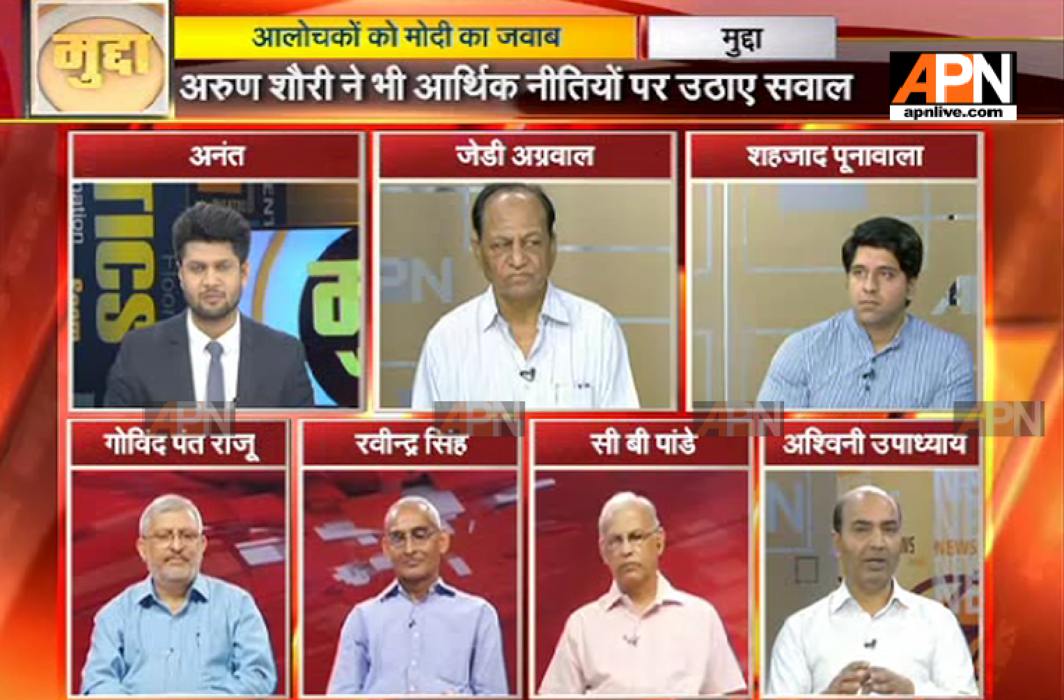 What happens if a party opposes BJP in state, but supports it in the centre, asks Mudda panellist

The Election Commission of India has informed the government of its capability of holding simultaneous elections in all states and the Lok Sabha by September 2018. While everyone is agreed on the merits of the idea, detractors of Prime Minister Narendra Modi see it as another of his ploys to surprise the opposition by preponing the election and score a win, despite the people’s growing disillusionment with his party owing to its controversial economic policies.

The opening remarks belonged to Raju. He felt that simultaneous polls are “very good for the health of the democracy”. “For instance, in UP, major elections take place every 2.5 years. Then we have the municipal and panchayat polls. Teachers and officials must, as a matter of rule, engage in the conduct of these polls. It is a time-consuming exercise and they are unable to do their usual work during those days. Also and more importantly, because of polls round the year, parties keep themselves busy in electoral politics and development takes a bit hit,” Raju said.

Next it was Upadhyay’s turn. He extolled the positives of the plan. He said, “In 38 countries of the world, the date of the next election is known as soon as one election gets over. These are usually on Sundays. Staggered elections mean more days lost to model code of conduct and fewer days for development. Even voter ID cards are different for different polls—one for the Lok Sabha and Vidhan Sabha elections and the other for the local body elections. A lot of time is lost verifying the voter lists. But if anyone says that we are pursuing the plan just to revive the fading Modi magic, they are getting carried away in their zeal to oppose the BJP.”

But Congress spokesperson Poonawala aggressively opposed his contention. Calling Upadhyay “intellectually bankrupt” without naming names, he said, “Know the difference between dissent and sedition, nation and government. Although I am with the idea of simultaneous polls in principle, there are practical difficulties which must be addressed. For example, what will happen if the government falls in some of the states or the centre? Elections will have to be held there immediately, and the process will become staggered once again. Next, the states’ views must be taken into account before implementing the plan. Third, please remember that to conduct such a large exercise, 40 lakh EVMs and VVPATs and 3,000 companies of paramilitary forces will be required. The EC has not said anything about the security aspect of the elections.”

To this, the BJP spokesperson had no defence except bickering as to why Poonawala had omitted referring to Modi as Modiji. “I don’t care, If I can’t call the PM Narendra Modi, kindly remove me from the debate,” he responded.

Both Singh and Pande, meanwhile, partially supported Poonawala. “The idea of simultaneous elections is not new,” said Singh. “During the first 10 years of our democracy, we had simultaneous polls. Then some governments collapsed, and the process got staggered. If it can be implemented, simultaneous polls will be beneficial, at least financially, and also in terms of manpower use. But to my mind, it won’t benefit Modi, as states which oppose BJP might very well continue to do the same.”

Pande, too, said that a way must be found to continue with simultaneous polls if a government collapsed in its natural course.

It was Raju again who made the closing remarks. He raised a pertinent point. “What happens when parties fight each other in the state but band together at the centre? How will the public vote in such a case?” he said.