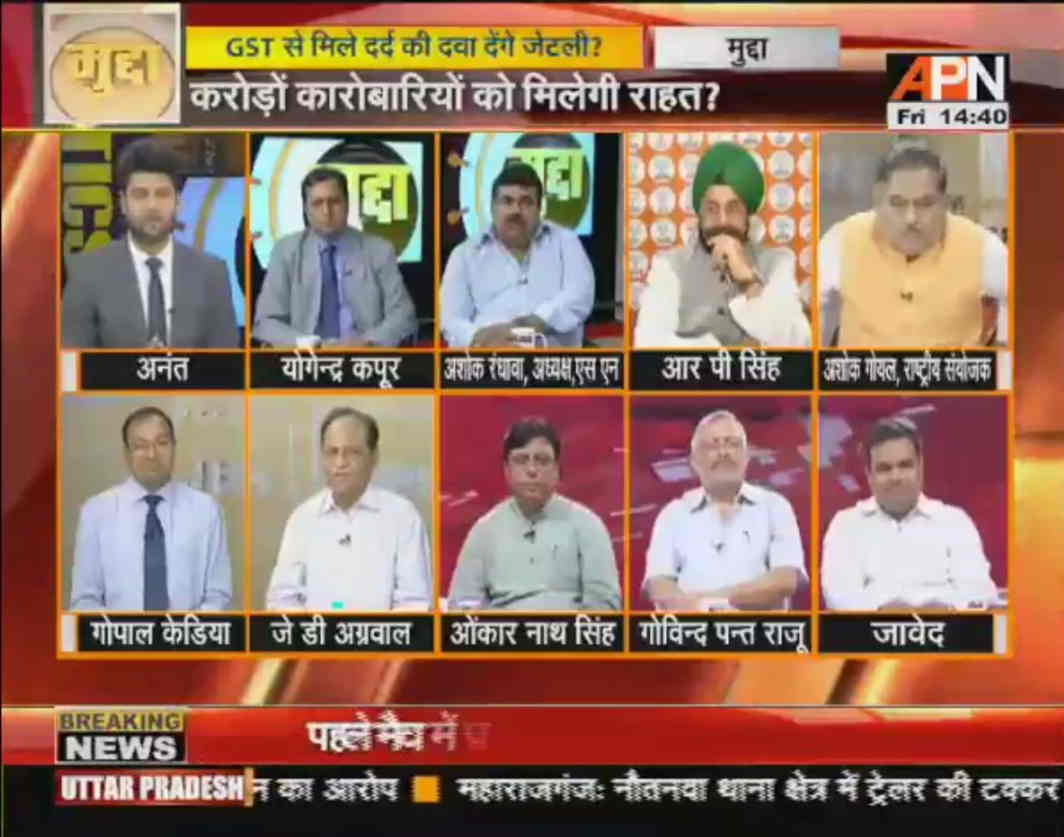 Mudda highlights traders’ concerns, wonders if government too late to start addressing them by rethinking GST

The GST Council met on Friday to discuss ways to provide relief to small traders who are protesting against the hasty implementation of Goods and Services Tax, better known as GST.

Starting the discussion, Goyal said that traders are facing problems because there is a lot of ambiguity about the process of filing returns. “Even the officials are not fully aware of its nitty-gritties,” he added.

The other representatives of the business community echoed similar concerns. They insisted that they supported GST but were let down by the complicated procedures.

Randhawa said the tax filing process is so complicated that a trader ends up losing a lot of time. “The process has even kept the chartered accountants too busy to address all of his/her clients,” Randhawa said.

Kapoor said the government has indeed erred in implementing the GST. “This has led to panic among traders and also consumers,” he said.

Speaking of their demands before the GST council, all representatives of the business community said they want the process to be simplified and better explained. They also sought assurance from the government that no businessman will be penalised for any mistake or delay during the initial phase of GST implementation.

However, Kediya had a different opinion. He said GST was a right step in the right time and only the politically motivated traders’ associations were complaining.

Aggarwal said GST was a huge reform and such hiccups were expected in the initial phases. He went on the blame companies and businessmen for not letting the benefits of GST pass to the consumers. “Shopkeepers are not putting new price labels on pre-GST goods and are levying GST over already-taxed products. This has left consumers disillusioned,” he said.

Asked if the government was on the back foot due to the traders’ protest, RP Singh of the BJP said it is fully aware of the issues and will soon resolve all of them. Reiterating Prime Minister Narendra Modi’s latest remarks, he said that the government is open to change and will bring alterations in the tax according to feedback received.

Congress spokesperson Omkar Nath Singh said there is no point altering GST now as it has already ruined the nation’s economy. “The double whammy of demonetisation and GST has led to downfall in GDP, increase in unemployment and ruining of small businesses. The government is acting too late,” he said.