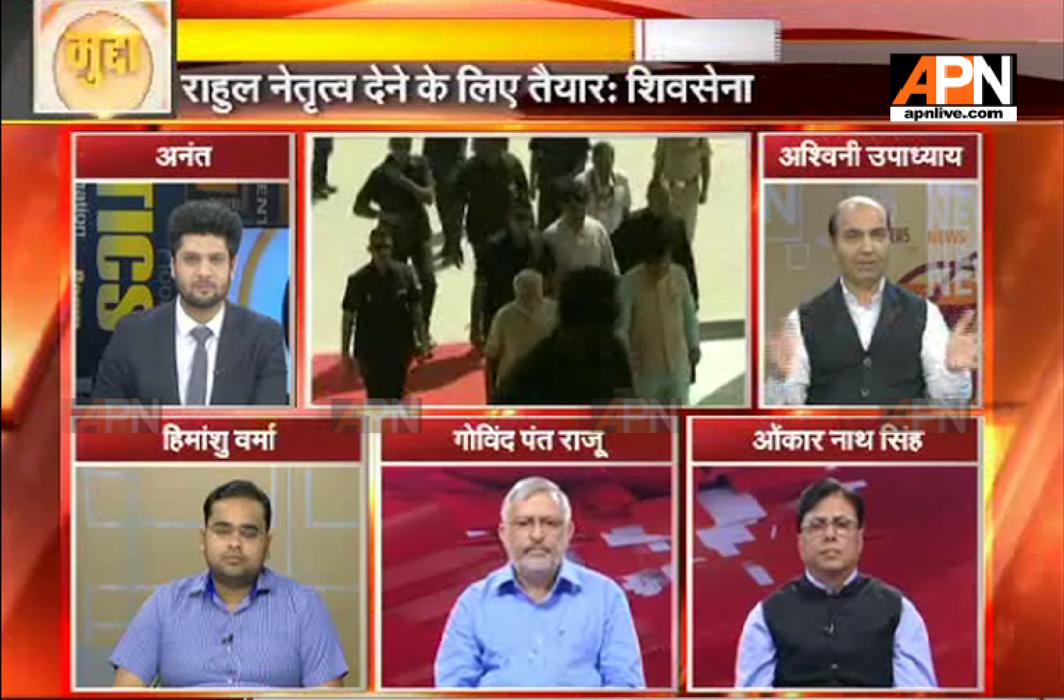 The first half of the show discussed the ongoing conflict between the BJP and the Congress over GST. Congress vice-president Rahul Gandhi has come down heavily on GST, bestowing on it nicknames such as “Gabbar Singh Tax”. The Congress, which says it is “the actual initiator of a new tax regime”, has said that the Congress-initiated GST was a simple one compared to the one rolled out by the BJP.

The anchor addressed the first question to Ashwini Upadhyay asking how effective the GST was. Upadhyay responded that the Congress has been pointing out flaws in the system instead of giving any solution to the problems. He also said that the GST Council has Congress leaders, too, but they have never objected to the tax in the meetings but instead go around making adverse comments. “Every decision in the GST Council was taken unanimously. No objections were raised there. The next meeting would be on November 6. Let us see what the Congress people would say,” he said.

Verma explained how GST has left small businessmen and the agriculture sector in confusion and disarray. The businessmen have to file three returns a month along with an annual return which makes it 37 in a year. This is too hectic for any small businessman. The BJP spokesperson tried to dodge the allegation by saying that those who can use Facebook and WhatsApp can also file returns and the ones who fall under the bracket of filing returns are businessmen who have a turnover of Rs 6 lakh. Upadhyay was of the opinion that a person with a Rs 6 lakh turnover cannot be called a small businessman.

At this point the anchor had to interrupt and explain that there is a clear difference between a person having a Rs 6 lakh turnover business and one earning Rs 6 lakh. However, Raju explained that there are problems with the GST as common people are unaware of how to deal with it. He also criticised the Congress for not behaving with maturity. “A party with as big a stature as Congress should not keep making such comments about GST. This attitude cannot be appreciated,” he said.

Sharma appreciated the government’s decision and said that digitisation would bring more transparency and reduce corruption. “Under the new system it could be traced where a particular file is stuck and anyone from the department head to the chief minister can supervise the work going on in any department,” he said.