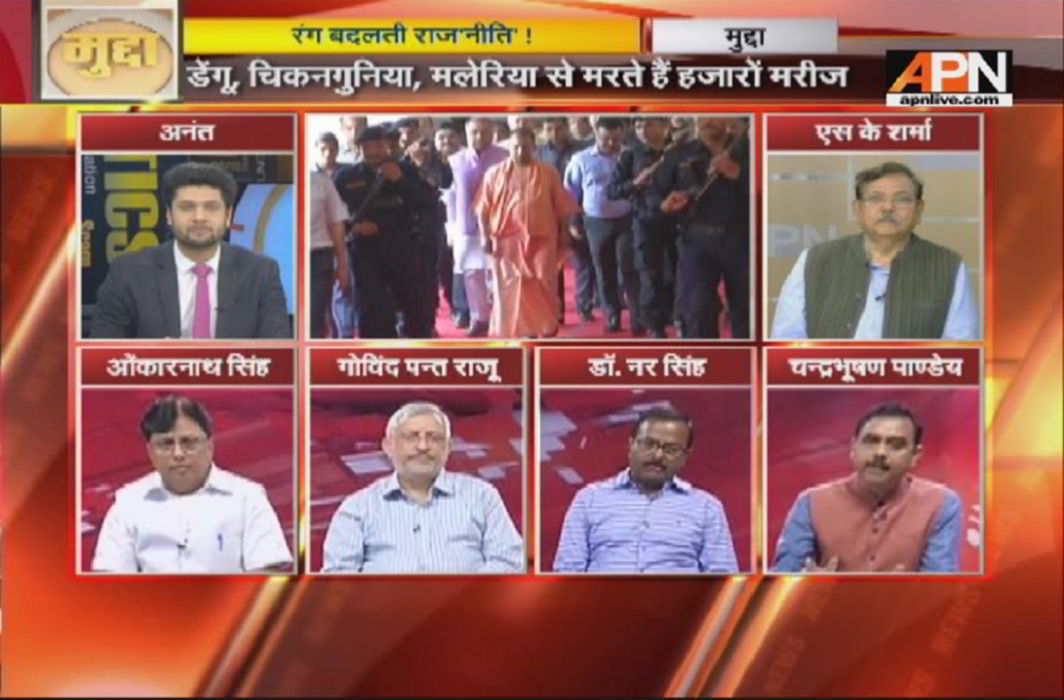 The recent Supreme Court observations on the deteriorating health services in Uttar Pradesh has come at a time when the Yogi Adityanath’s government is engaged in painting saffron colour on state transport buses, the state assembly building and imposing NCERT syllabus on madrasas. The apex court recently observed that a large number of deaths were reported from UP as a result of poor health services. It had lashed out at the state government for neglecting the issue

Raju said that the lack of health services in the state was a violation of Right to Life. He pointed out that there are no proper facilities in hospitals for maternity cases in UP. The government should not criticise others and pass the buck, he argued.

While responding to a question on the poor health services in a Gorakhpur hospital which led to the death of several kids recently, Raju said that apart from punishing some officials, the situation has not improved. He also demanded that the government should prioritise public welfare.

Singh said that civic bodies and the health department have to work in sync for protecting the people from malaria and chikungunya. He argued that unless roads in the state were made pothole-free, cleanliness will not become a reality. He criticised the present BJP government in the state for failing to provide proper health facilities.

Singh further said that the state government has failed to fulfil its promises of bringing water in canals in three days, zero tolerance in law and order, purchasing 82 lakh tonnes of wheat and making all roads pothole-free by June 15. He also suggested that government doctors in rural areas should be allowed to do their private practice in extra time to meet healthcare needs.

Pandey tried to explain about the government’s plans of providing better health services by recruiting more doctors, providing medicines, vaccination to 90 lakh children and establishing an AIIMS in Gorakhpur. He said that 15 years of SP-BSP misrule in the state was responsible for the current state of affairs. He said that the present BJP government has succeeded in giving 20 lakh electricity connections in rural areas and closing illegal slaughter houses in the state.

The BJP spokesperson, however, conceded that there was indeed mismanagement in the hospitals but promised to make serious efforts to improve the situation by recruiting more doctors and ensuring better management.

Sharma suggested that the root cause of the problem is poor solid waste management. This problem can be resolved only with coordinated efforts from civic bodies, district administration and health services, along with proper monitoring mechanism, he said. He also suggested that the political leadership should guide the bureaucrats. Proper mechanism for maintaining discipline in the offices would also help improve the situation, he said.

Dr. Verma said that seasonal fevers and other diseases could be avoided if civic bodies and affiliated agencies, responsible for cleanliness, do their job properly. He advised that urban development should be properly planned. He also advised that district level hospitals should be provided with better facilities to reduce the number of patients thronging to AIIMS and other major hospitals.