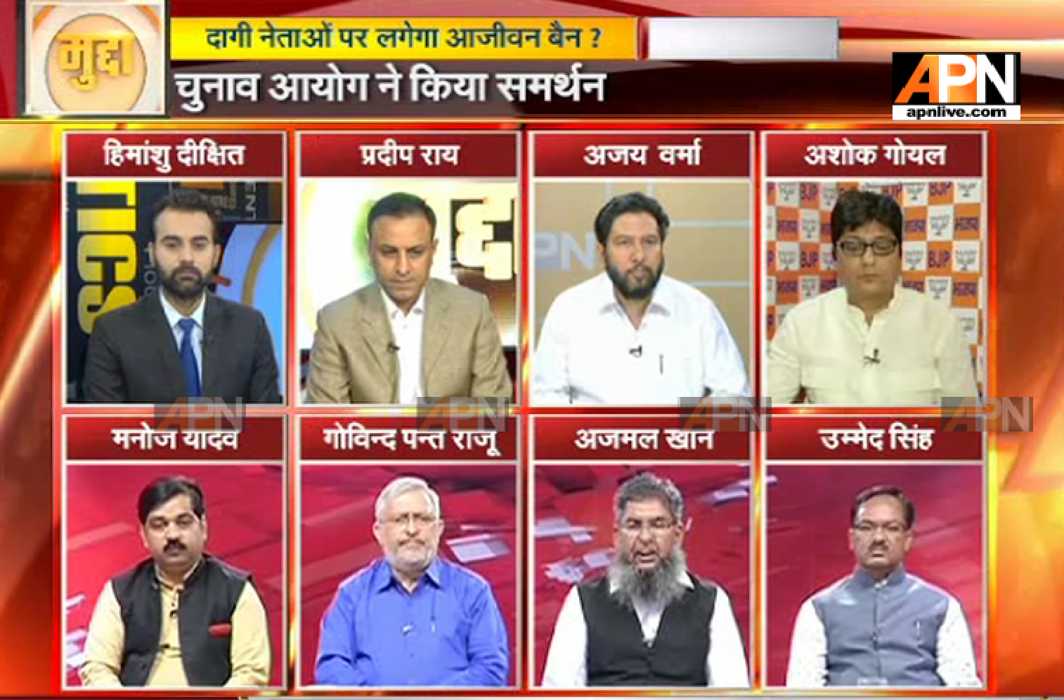 Mudda lauds Supreme Court initiative to clean up politics, sees lively debate on how to go about onerous task of bringing to book 1,500 legislators facing cases

The Supreme Court has asked the central government to set up special courts exclusively for trying lawmakers and decide these cases within a year. It has asked the government to frame a scheme to fund the setting up of these courts so that the states are spared the burden.

A detailed report on criminalisation of politics with relevant data was carried at the start of the debate. It is to be noted that the existing law disqualifies politicians sentenced to a jail term of two years or more from contesting elections for six years from the date of release from prison.

The debate began with the remarks of Khan. He lauded the “excellent initiative” taken by the Supreme Court. However, he disagreed with the plan of a lifetime ban on convicted politicians from participating in elections, suggesting that convictions of only heinous crimes should be considered. But Khan also said that one should not expect political parties to take stringent action against their own leaders.

Goyal, spokesperson for BJP, tried to paint a pretty picture, saying that his party is committed to the cause of criminal-free, clean politics. He welcomed the SC directive and expressed hope that fast track courts will be able to dispose of cases pending against political leaders. The genuine cases would thus be sorted from the politically motivated ones, he said.

Ajay Verma of Congress said the government should take serious action to decriminalise politics. However, he suggested that ruling parties should not act as per their own convenience with political vendetta on their minds. He also suggested that lawyers should not defend politicians involved in heinous crimes. Verma said that in UP, the chief minister, deputy CM and over 50 BJP MLAs are facing criminal cases. The PM should take action against such politicians.

Rai said that the Election Commission should prepare a clear policy as to who should face election ban. Should it be against those who were merely made accused, or those against whom charges were framed, or those who are convicted? He advised that only convicted people should face the ban, otherwise this would become a tool against political opponents and cases would be filed around election time.

He advised that the Election Commission should devise a policy in coordination with political parties. He said that former Pakistani PM Nawaz Sharif was facing trial in the Panama papers case even while in India those accused in similar cases were moving freely. He advised the government to take action instead of leaving everything to the courts.

Rai further said that at a time when lots of vacancies of judges exist in the Supreme Court and the high courts, establishing special courts for politicians would be difficult. However, he said that the proposal can be implemented if the government has the requisite will.

Yadav of SP said there was a time when criminals were getting tickets on the so-called “winnability” factor. But the situation is changing now with rising awareness. Even so, politically motivated cases are a reality. Decriminalisation of politics is possible if India can follow the example of France where funding of the political parties is done by the government, he added.

Singh of BSP thanked the Supreme Court for taking such a bold initiative and APN for conducting debate on such an important issue. He said that the most effective role can be played by the Election Commission. They can create a situation where political parties suggest three names for every constituency.

Raju said that parties practise a politics of convenience. He recalled that Kalyan Singh, despite having a clean image himself, had to give cabinet berths to many leaders with criminal backgrounds. Similarly, there were 131 MLSs with criminal cases pending against them during BSP rule. He pointed out that the issue of appointing Lokpal is still pending.