Views on news
Home Awards Adele is the greatest!

The 59th Annual Grammy Awards have ended. The ceremony took place in Los Angeles on Sunday. It was a big night for Adele who took home album and song of the year. Her rival Beyoncé, who led her peers with nine nominations, meanwhile won only one award but her powerful speech on race and beauty left an impression. Drake, Rihanna, and Kanye West were all tied at eight nominations. So here is a peek into moments from music’s biggest night. Have a look-see. 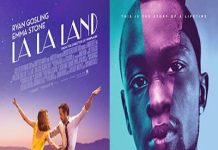