How it poses a risk to democracy 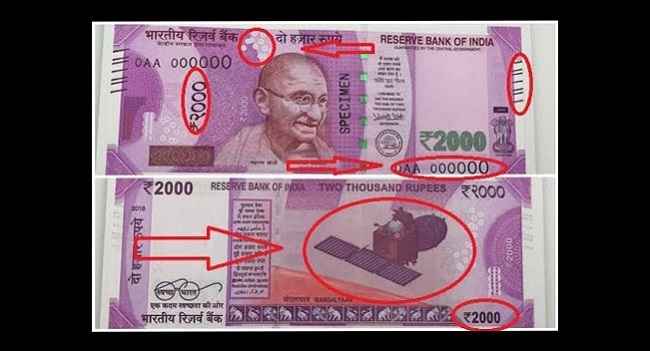 Both Brexit and the US elections exposed the reach of fake news and the damage it can do in a vital referendum and a presidential election. Closer home, India has also faced the threat posed by fake news. A report

One of the more bizarre news stories to do with demonetization involved the new pink-coloured Rs 2,000 notes. ZEE News, the channel owned by the unabashedly pro-BJP media tycoon Subhas Chandra, ran an “Exclusive’’ which reported that the Rs 2,000 note was embedded with a micro Nano GPS chip which would enable the government to track the exact location of the currency anywhere in the world.

The report was given instant credibility since very few people in those early days of demonetization had even seen the new note. The report suggested that the use of satellites would help track the notes wherever they were, even deep underground.

The story went viral to such an extent that the government and the RBI had to issue clarifications that the note did not come with GPS technology. Equally bizarre was the video that also went viral on WhatsApp showing a beggar holding a swipe machine. Even Prime Minister Modi, speaking at a rally, referred to the video as an example of how Indians were adapting to a cashless economy. It later turned out that the video had been made two years earlier as promotional material for a Hyderabad-based data processing company.

Social media has no boundaries and the fake news phenomena which became such a major issue during Brexit and the recent US elections, is now playing out on a website or TV channel near you. The real danger lies in its influence and impact on the democratic process, and the threat it poses to individuals and their rights. We saw this in the case of the sedition charges leveled against Kanhaiya Kumar and his fellow students at JNU based on a video aired by Zee TV.  The ZEE News video was used as evidence in court. Later, a producer at the channel quit in protest at what he alleged was a biased and distorted depiction of facts, claiming there were no anti-national slogans raised at all in the original video.

Fake news is now so ubiquitous on social media that it has become difficult to separate fact from fiction. For a democracy, that poses a serious challenge. In many countries, notably the US in the Donald Trump era and India under Modi, trolls have become hyperactive, spreading propaganda, lies and half-truths while attacking independent voices, particularly the media, on issues that matter.  Added to that is the uncontrollable urge among media outlets, especially TV channels, to sensationalize the news. One example was a tea stall vendor in Delhi’s RK Puram who was shown on a news channel with a PayTM app pasted on his rickety cart. Later, it turned out that the channel had faked the report and the tea seller was actually one of their employees!

So serious has fake news  become worldwide that outgoing US president Barack Obama recently declared that fake news was a threat to democracy. Obama, speaking at an event in Germany, said he was worried about the way that “so much active misinformation” can be “packaged very well” and presented as fact on people’s social media feeds. He was referring, in particular, to the way in which Russia is attempting to interfere in other countries by setting up fake news sites or by misinformation via hacking. Currently, the big talking point in America is the suggestion that Russian hackers actually influenced the votes in favour of Trump to stop Hillary Clinton from becoming president.

There are other implications for the spread of fake news, where society and attitudes are being manipulated.  One case earlier in the year involved faking news so that Germans were manipulated to turn against the Muslim refugees from Syria and other Arab countries. A report started spreading that a 13-year-old girl, named Lisa F, had been raped in Berlin by refugees from the Middle East while on her way to school. The story received extensive coverage on Russian and German media who repeated the allegations that she had been gang-raped. The attack turned out to have been fabricated, but only after Berlin’s chief of police ordered an investigation. By then, the story had inspired hate crimes against refugees by right wing elements. The lesson was—as Obama noted—that it is becomes hard to distinguish fake from fact.

The bottom line is that fake news is a manifestation of the digital and social media age which is meant to amplify the spread of information. Instead, it is misinformation that has become amplified and for good economic reason. A tweet, a post or a blog is seen by a handful of people, friends, colleagues and like-minded people and very rarely do they attract huge numbers.  Anything controversial and sensational, like the rape of a 13-year-old girl attracts a large number of eyeballs, or ‘likes’ and hence contributes to the profits of social media sites. It is a no-brainer that the economics of social media favour gossip, novelty, speed and “shareability”.  The economic model is pretty similar to that of celebrity magazines like Hello! and OK!

This is what has led Facebook to announce a plan to combat fake news on its site.  The company has stated that it was introducing new features to eliminate what it calls “the clear hoaxes spread by spammers for their own gain”. The fake news problem for Facebook began earlier this year when the company replacing humans with algorithms designed to push trending news. Instead, fake news became the trending news module, making it look like it came from legitimate news sites. Facebook came under heavy criticism and eventually responded by contracting fact checkers from established news organizations. By then, the damage to Facebook’s image and credibility had been done.

The latest example of how malicious and dangerous fake news can be was articulated by Hillary Clinton recently. “It’s now clear that so-called fake news can have real world consequences,” she said, adding that fake news is “a danger that must be addressed and addressed quickly.” She was reacting to a man from North Carolina who had entered a pizza parlour armed with an assault rifle. He said he had come to investigate a story that claimed—falsely—that the pizzeria was operating a child sex ring run by Clinton. It was yet another warning that in an ever-connected world where speed often takes precedence over truth, the threat to democracy, to individuals and a way of life is real and here—just a click away.