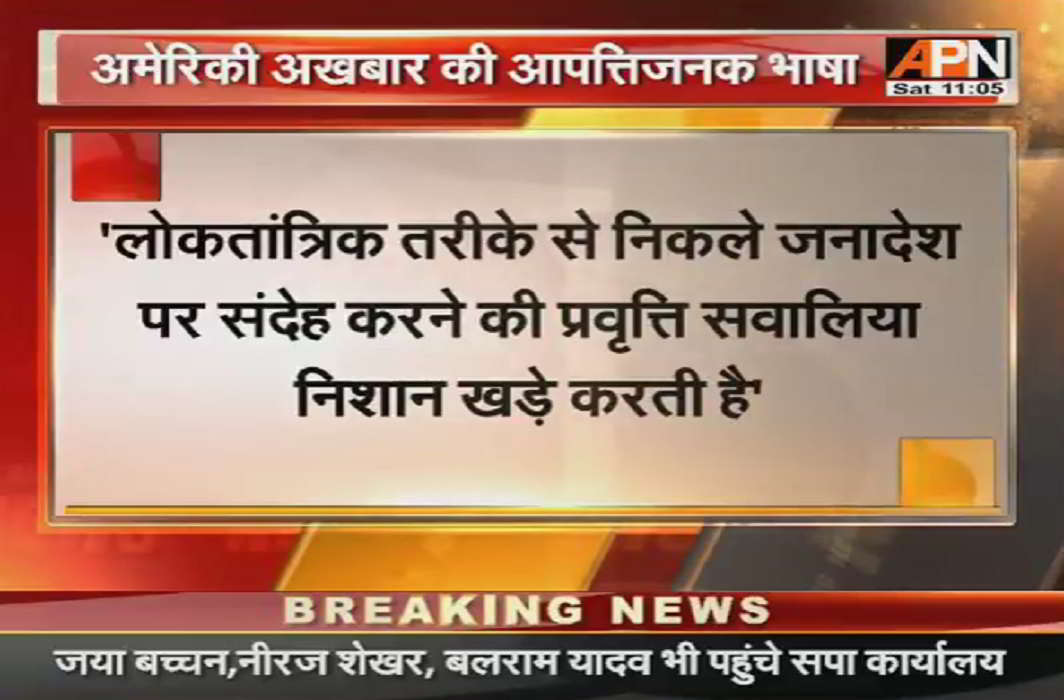 India has reacted sharply to a New York Times editorial, criticizing Prime Minister Narendra Modi’s move to appoint Adityanath Yogi as Uttar Pradesh CM. Ministry of External Affairs spokesperson Gopal Baglev, while speaking in weekly briefing on Friday, said, “All editorials or opinions are subjective. This case is particularly so. The wisdom in doubting the verdicts of genuine democratic exercises, at home or abroad, is questionable.”

The New York Times in its editorial, titled ‘Modi’s Perilous Embrace of Hindu Extremists’, said that since he was elected in 2014, Modi has played a “cagey game, appeasing his party’s hard-line Hindu base while promoting secular goals of development and economic growth”.

The American newspaper further said that “The move is a shocking rebuke to religious minorities, and a sign that cold political calculations ahead of national elections in 2019 have led Modi’s Bharatiya Janata Party to believe that nothing stands in the way of realizing its long-held dream.”