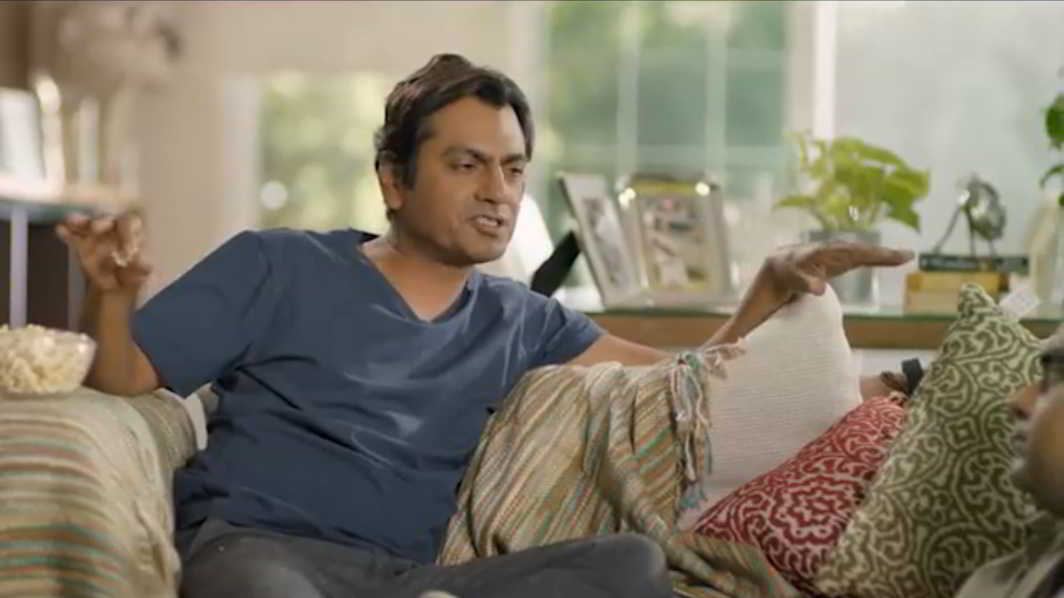 Putting this on record at the request of a girlfriend, also a member of the scribe tribe: We, both, watched Nawazuddin Siddiqui’s infamous Kenwood washing machine ad and—our diverse response to patriarchy notwithstanding—agreed on this one count—it’s not okay to use misogyny to sell a service or product.

The ad wasn’t officially released, but a Facebook group called “WhatsApp Videos” posted the leaked video. It shows the actor bragging to his friends that he did the dhulai of his wife—a tired double entendre involving the Hindi word referring to both a washing and a thrashing. He is then shown cowering in fear at the next mention of her by his friends, imagining mistakenly that she has appeared in the room, being the typical henpecked husband in general and thereby restoring the balance of power between the sexes or so the director, who is trying—a bit too hard—to be politically correct, hopes. Alas, two wrongs don’t make a right. Fortunately, the Indian audience has matured enough to see through his (badly enacted) aspirations. It’s not okay to badmouth your wife in front of your friends. It is not okay to diss your partner before the wide world.

Those seeing the issue from the sex-exceptional domestic violence angle or riding the violence-against-women bogey would, perhaps, go—aah well, Siddiqui is a repeat offender—look, how he got himself booked for (shocker alert!) dowry harassment of his sister-in-law, alongside four other members of his family, and for the assault of a (*cough) female local in a tiff over parking of vehicles (mild surprise, and then faint disappointment). Notably, an FIR under Section 354 (for the assault of a woman with intent to outrage her modesty) was registered in the second case.

So he had it in him, after all, to do road rage like some Delhiites, I hear other minds whirring. No, let’s not underestimate the woman there in her role as adversary, but really Nawaz, dowry harassment case? You are expected to be no role model, but fans of your talent and incredible charisma (yes! he does have loads of that) are somewhat disappointed.

Returning to the ad under discussion. Nawaz, even if you privately support gender-neutral violence at home between well-meaning adults on a one-off basis, in case you would like to pursue that particular argument, remember, people keep things within the family under such circumstances. Your taking part in this ad endorses its anti-feminist message. So you believe in male pride? You want to be a masculist, be one like Robert Bly or Warren Farrell. This is so cliché and, given our history as well as contemporary reality—where fathers pour acid on the faces of sleeping daughters for striving for love and excellence—irresponsible.

Kenwood, on its part, has since apologised for the leaked ad admitting that their “judgment was flawed”. It has requested that “all social media pages remove this ad as it has not been officially released or endorsed by Kenwood”.

Meanwhile, on a related note, ladies, how many of you out there have been finding those wife jokes on WhatsApp or, for that matter, The Kapil Sharma Show, getting slightly stale, noticing one fine day that you can’t laugh at them as uproariously as you once would? It’s not only because they are hypocritical, those jokes, knowing as you do by now that the husbands in the said jokes would gladly engage in petty politics against the women who do actually meet their so-called ‘high’ standards once all are in competitive environments such as the corporate office, ganging up on them even while they, themselves, blithely throw all rules to the wind—you are simply not interested enough in either them or their games. No, there’s a more direct reason. Seriously, after decades of establishing, alongside other women and men, a different wifely stereotype in Indian society, one would also sometimes expect to hear one’s own stories in jest or allegory form. Fat chance of that.

So Nawaz, we love you, my friend and I. But we are so not pleased by your latest antics. We hope you get into a life situation which forces you to rethink some of your ways. Until then.