Welcome to the era of post-truth 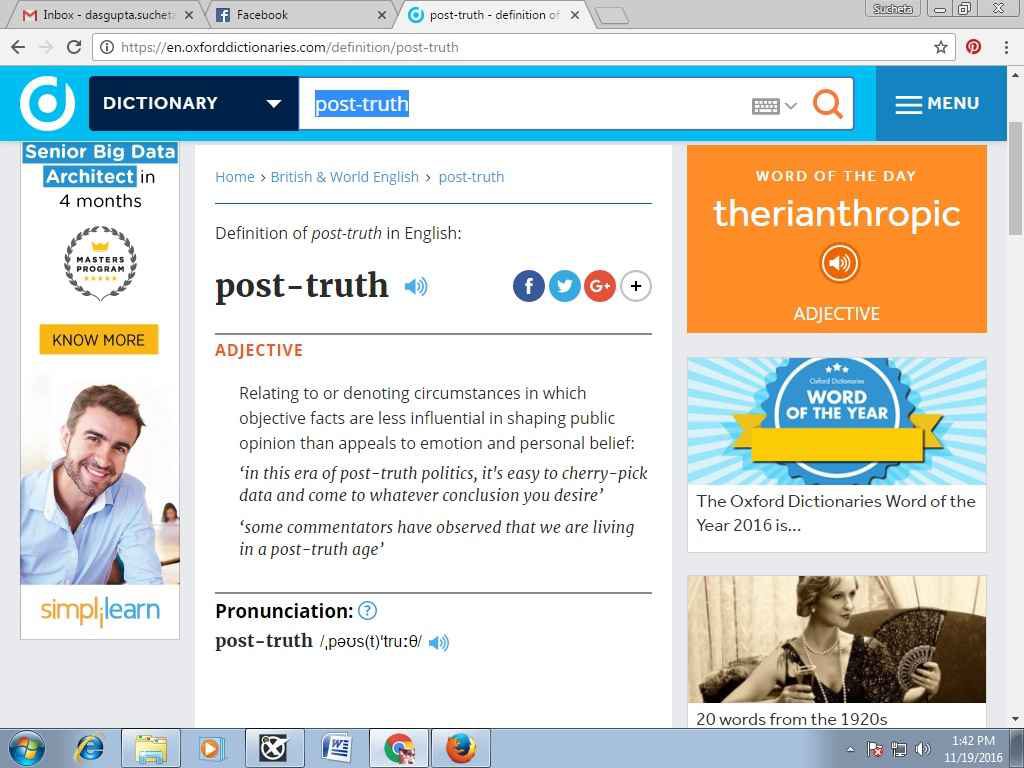 With a heavy heart, the Oxford Dictionaries declare “post-truth” the word of the year

Though Francis Fukuyama’s end of history is yet awaited, the world is already going post-truth. In fact, the very nations which are venturing into the unknown, beyond truth or fact, are delaying the end of history, the period when the obvious pre-eminence of liberal democracy was supposed to close off the contest between the world’s ideologies. India is seen to be among the pioneers of post-truth or post-factual politics, along with the US, the UK, Turkey and Australia. Their central political debates no longer concern facts. These nations have become jaded with the pernickety question of truth and falsehood, and cleverly sidestep it in favour of exciting television debates, ad hominem attacks, whataboutery, conspiracy theories, demonisations, nebulous suspicions and other appeals to the worst instincts of the human race.

Last year, the Oxford Dictionaries had chosen the emoji known as “Face with Tears of Joy” as the “word” which best expressed the spirit of 2015. Now, mindful of the events of the year — chiefly Brexit and the US election — it has elevated “post-truth” to that position. The term describes a situation in which emotions and beliefs gain traction in debate and thinking at the expense of reason and facts. Post-truth is identical with pre-truth. In terms of debate, the world has regressed to a point prior to the European Enlightenment. The ancients believed in pointy hats and the theory of humours. We are more evolved. We are ready to believe almost anything.

More scarily, we are determined to dismiss facts which may be inconsiderate enough to get in the way. The echo chambers of the internet and the heady rush of news as it happens get a bad rep for disorienting debates. But surely they can’t take control of us unless we let them? Or is that yet another instance of post-fact thinking?

(Republished with permission from The Indian Express)