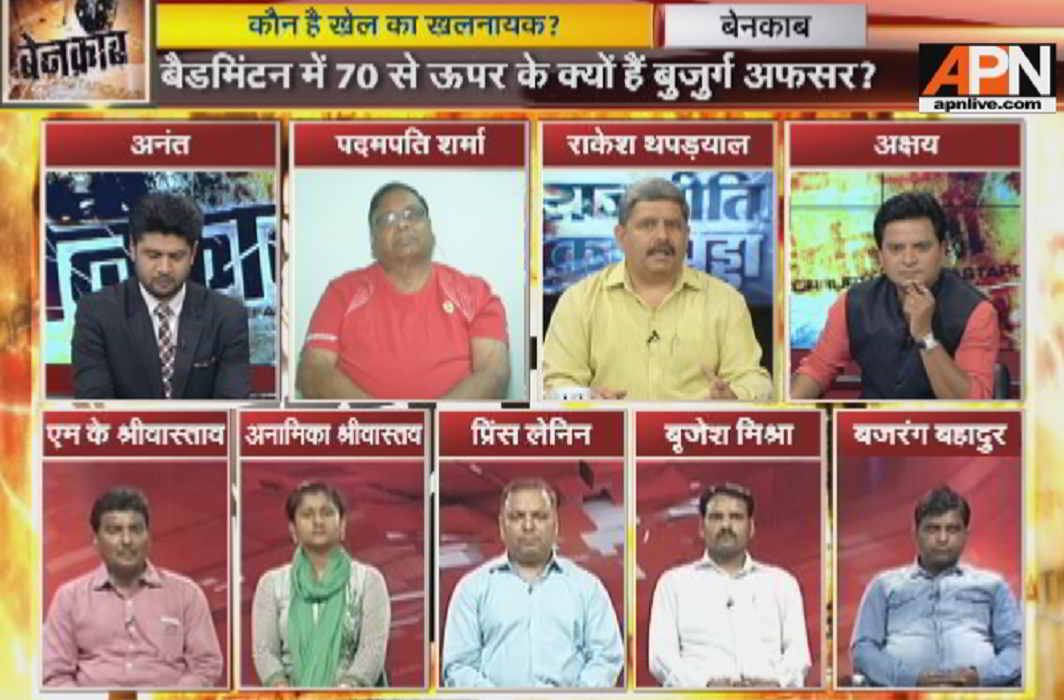 Benaqab throws spotlight on the frauds of BAI chief

The CBI is probing Badminton Association of India (BAI) president Akhilesh Das Gupta. The allegations against the national badminton body chief are numerous and sickening—starting from nepotism in the selection of a team that went on a junket to Tokyo to initially turning a blind eye to female players being groped and asked to hand out sexual favours in exchange of opportunity to perpetrating age fraud pertaining to select players to allow them to play in tournaments to seizing government land illegally and building on it and even opening a bank and duping investors to the tune of Rs 10,000 crore.

Das Gupta is the son of former Haryana Chief Minister Babu Banarsi Das and a three-time Rajya Sabha MP, once from the Bahujan Samaj Party and twice from the Congress. It is said that he had lobbied for a Rajya Sabha post this time around but was denied by Mayawati, with accusations against him piling up and clouding his reputation. He has been holding the post of BAI president for the past six years.

Thapliyal, who worked with Hindustan and Dainik Jagran for 25 years before launching his Hindi sports magazine, Khel Today, informed the audience that the legendary Prakash Padukone was the first to raise his voice against corruption in the BAI. In 1997, the 75-year-old Fazil Ahmed was chief of the association. Incidentally, BAI rules do not allow anyone over 70 to head the organisation. It was Padukone’s agitation that forced Ahmed to step down. VK Verma, the general secretary, then took over. Padukone would proceed to take over the reins from Verma at the latter’s request and Verma himself would later become one of those jailed for the 2010 Commonwealth Games scam case.

The anchors told the audience that BAI General Secretary Vijay Sinha had just been removed from his post after he was arrested along with his son, Nishant Sinha, and one Karan Shrivastava for outraging the modesty of female players after cornering them with the promise of offering “special coaching”. The players had named him in the FIR as he had refused to investigate the matter in which Nishant and Karan were the accused.

“Well, Sinha was the general secretary, but the tours were supervised by TPS Puri, who, again, is well over 70 years old,” said Thapliyal. “Just like the Supreme Court has cleaned up cricket or at least made an attempt to do so, the judiciary should take up badminton administration and bring in reforms.”

Sharma said that such age discrepancies were routine in India where “someone who is a father of two plays junior hockey”. But he had little to add to the discussion, save platitudes and the usual pious words.

Thapliyal rued the fact that when at the receiving end few athletes choose to confront the corrupt and fight them for they fear for their careers. He said those that still raised their voices “like Prajakta Sawant” should be given support. He added that Sawant, Jwala Gutta and other players like them should have been part of the show.

The anchors then had a telephonic conversation with Nikhar Garg, a player who faced coercion tactics and unfair discrimination. “It was thanks to the Sports Authority of India’s in-charge for badminton, Indrajit Chhabra’s intervention, that I was finally allowed to play,” Garg said.

Notably, former badminton player Madhumita Bisht is part of the selection committee, of which Das Gupta is chairperson. It would have been interesting if Bisht had been interviewed for her response to this case.

Thapliyal said the sports ministry should step in as it did when the CWG-tainted Suresh Kalmadi and Abhay Chautala were made Indian Olympics Association life presidents. The ministry suspended the association until it revoked the appointments.

The show then named the four over-age officials in the BAI. They are Puri, Puniya Chaudhary, SA Rawat and MS Sethi. It also mentioned the names of the players who have indulged in age fraud— Chirag Sen, Laa Talar, Aakash Yadav and C Rahul Yadav.

Recalling how former Chief Justice of India TS Thakur had snubbed ex-BCCI head Anurag Thakur, saying that he was the “captain of the judges’ team” and one game does not a cricketer make, he said that Das Gupta’s credentials as a junior player were all thanks to his father’s political clout and only those who have been sportspersons should head sports bodies as they should have “passion for the game”.

The anchors then showed a clipping on BBD Green City in Sewra village on the outskirts of Lucknow city which was once Gram Samaj land and where a lake earlier existed. Its land use was changed in an unauthorised fashion by Das Gupta who then illegally acquired it and had Virat Constructions build on it. The courts have asked the district magistrate to probe the case.

Regarding the Rs 10,000-crore bank fraud and money laundering case, the dismissed employees spoke one by one about how they were sacked on false grounds of embezzlement. They said that the illegal money transfers took place at senior manager JK Agarwal’s behest. They also named Sandeep Jain, CA and a relative of Agarwal.

Former acting chief justice of Himachal Pradesh High Court RB Mishra spoke on the right to equality and the need to nurture players irrespective of their sex and caste origins.

Thapliyal said Olympian Aparna Popat had recently been made an observer by the ministry and would sit in on selection committee meetings as well as accompany players on tours. So there is hope for some succour.