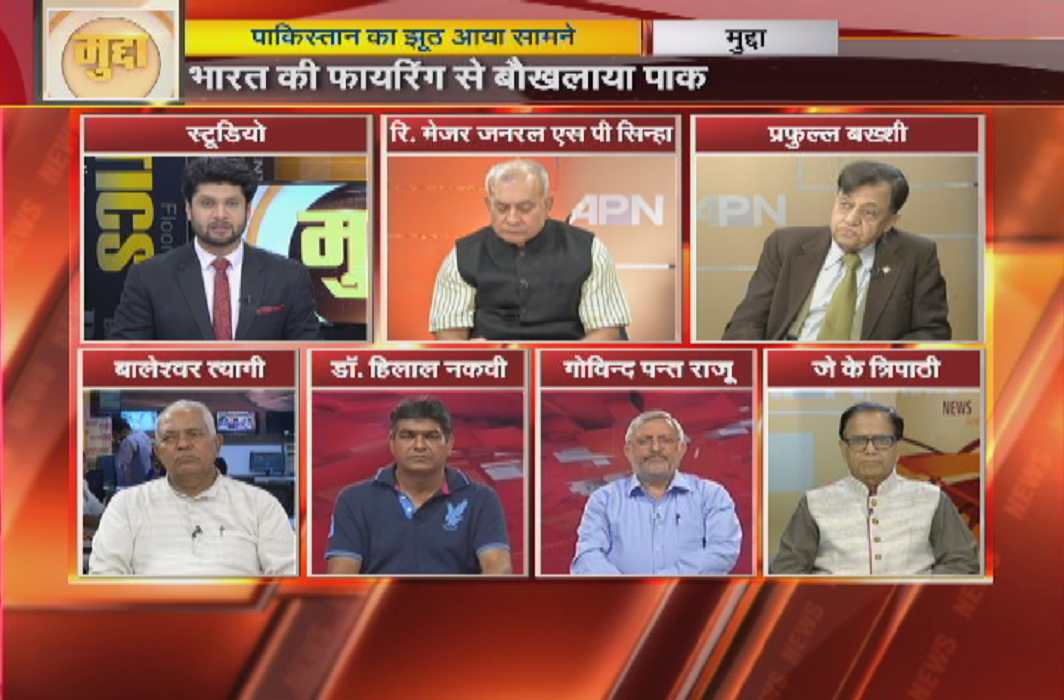 Thursday’s edition of Mudda, the daily current affairs talk show of APN, looked at how Pakistan is being cornered internationally and what could be the possible benefits for India.

Pakistan now finds itself in trouble with Amjab Shoaib, a former Inter-Services Intelligence (ISI) officer and retired Lieutenant General of the Pakistan Army revealing that Kulbhushan Jadhav was arrested from Iran and not Balochistan, as claimed by Islamabad. Then, US President Donald Trump, in his first budget presented before Congress, has proposed to convert the military grant given to Pakistan to a loan. After India and Afghanistan, Iran has threatened Pakistan with a surgical strike. Pakistan claimed two members of a UN military observers group were injured in an attack by Indian troops, but this was denied by the UN. Pakistan is also facing internal conflicts in Pakistan-occupied Kashmir (PoK) over the detention of Babajan, a political leader of Gilgit.

On Mudda, JK Tripathi, a former diplomat, raised concerns over Pakistan’s general attitude during tense situations: “Whenever the public goes against the government in Pakistan, they increase attacks on India so as to deflect attention from internal conflicts.”

Clarifying the role of separatists in Kashmir, retired Major General SP Sinha said, “They are funded by Pakistan. We protect them. We let their sons take admission in medical colleges. Do you find anyone from their family pelting stones? They simply fool the public. They take advantage of public emotions. These people must be dealt with very strictly.” He said that the government is dealing with too much leniency. The government is being too tolerant and the need of the hour is to turn intolerant towards such separatists.

Concluding the debate, Tripathi said that the internal conflicts of Pakistan will be of benefit to India.

The second segment of Mudda dealt with the law and order situation in Uttar Pradesh under the Yogi Adityanath regime.

After Saharanpur and Mathura, an incident of gangrape and murder on the Jewar-Bulandshahr highway left UP shocked yet again. Four women of a family were gangraped and a male relative shot dead while trying to protest. The whole incident happened over a period of four to five hours, and on the highway which shows the casualness of the police in patrolling.

Former DGP Anandlal Banerjee emphasised the need for the police to be alert. He said that the area was already a hotbed of such incidents. So the police should have stepped up alertness. Recurrence of the same crime shows lack of patrolling by police, he pointed out.

Dr Hilal Naqvi, Congress spokesperson, said that where the party in power threatens its officials, where a lady officer is insulted so badly that she breaks down and where the ruling party has gone out of control, what would be the morale of the police officials?

The debate concluded with the point that the problem can be solved. The state government must work on improving law and order. The government and its officials must keep personal interests aside and work towards making UP safer was the consensus.