Views on news
Home Media Television Is Pakistan telling the truth on Jadhav? 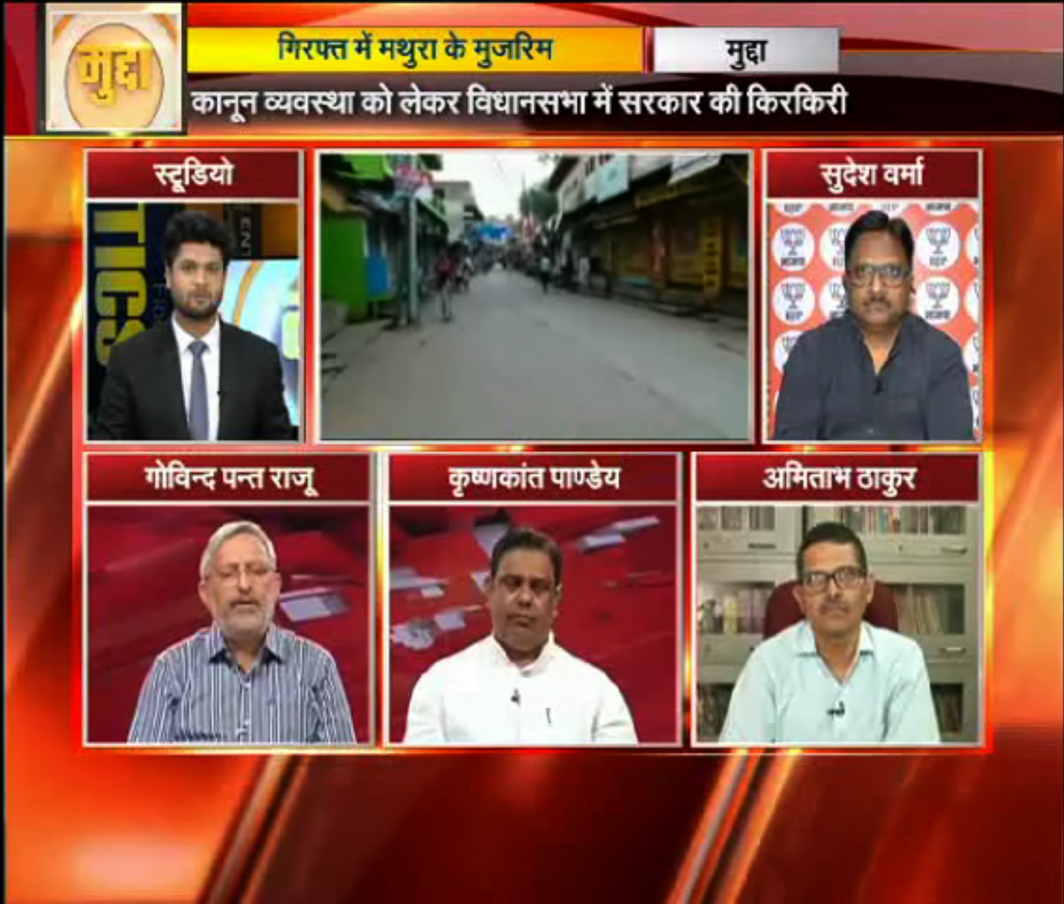 The International Court of Justice (ICJ) on May 18 stayed the execution of Indian national Kulbhushan Jadhav. It instructed Pakistan to take all “necessary measures” to ensure that Jadhav is not executed. Yet, Pakistan could very well choose to turn its back on the world and hang Jadhav on principle. Saturday’s edition of Mudda, the daily current affairs talk show on APN, discussed this issue.

Maj-Gen Sinha opened the discussion and was of the view that Pakistan has already executed Jadhav. “If one examines the circumstantial evidence it will be found that India has requested Pakistan 16 times to give it consular access to Jadhav but Pakistan did not respond to the request,” he said.

“With such behaviour suspicion that Pakistan has executed Jadhav is increasing. One cannot trust Pakistan at this point of time,” he said.

Raju was of the view that Jadhav is alive in a Pakistani jail. “If Jadhav were dead, Pakistan would not have gone to the ICJ. They now have a greater responsibility to protect Jadhav,” said Raju.

He also said that by appealing again in the ICJ Pakistan wants to show to its citizens that they still have an upper hand in the case.

Supporting the contention of Raju that Jadhav is alive, Verma said that if Pakistan executes Jadhav it would be a mockery of the IJC. “At present, Pakistan is in shock after the ICJ put a stay order on the execution of Jadhav,” he said.

“They will take a risk if they continue to disagree on giving consular access to India. It will be a direct violation of the ICJ,” added Verma.

Pandey was of the view that Pakistan is unhappy with the order of the ICJ. He stressed the fact that it is the Pakistan Army that wants to execute Jadhav, not the Pakistan court.

Furthermore, he suggested certain measures the ICJ must pursue:

The second segment of Mudda was on the Mathura jewellers’ murder case wherein the Uttar Pradesh police arrested five accused on Saturday. Six armed robbers had barged into the jewellery shop in Koyalawali Gali and opened fire, killing the two traders.

Amitabh Thakur joined the panel for this segment.

Verma evaded the question of spiralling violence in UP after Yogi Adityanath took over as chief minister and said one must look at the process and procedures the police is following. “We have suspended five policemen in this case and the BJP government will take some time to improve law and order problems in the state,” he said.

Raju opposed him on this and said time and again it was seen that the police arrests innocent civilians in order to be in the good books of the executive and to give fake assurance that the matter is resolved.

Supporting the contention of Raju, Thakur suggested that the police in such matters be truthful, not carry out short-cuts in investigation and also have a positive outlook.

Pandey said that if in this gruesome case the UP police fails to catch the criminals it will be seen as an administrative failure of the state. “People who are creating terror in UP are staunch supporters ,friends and relatives of CM Yogi,” claimed Pandey.

Verma concluded the discussion and suggested that the police forces and stations be modernized and more people be recruited as the ratio of people to police is low. “Accountability is also required from the police. If the murderers are caught it will send out a message that such crimes are no longer tolerable in UP,” said Verma.