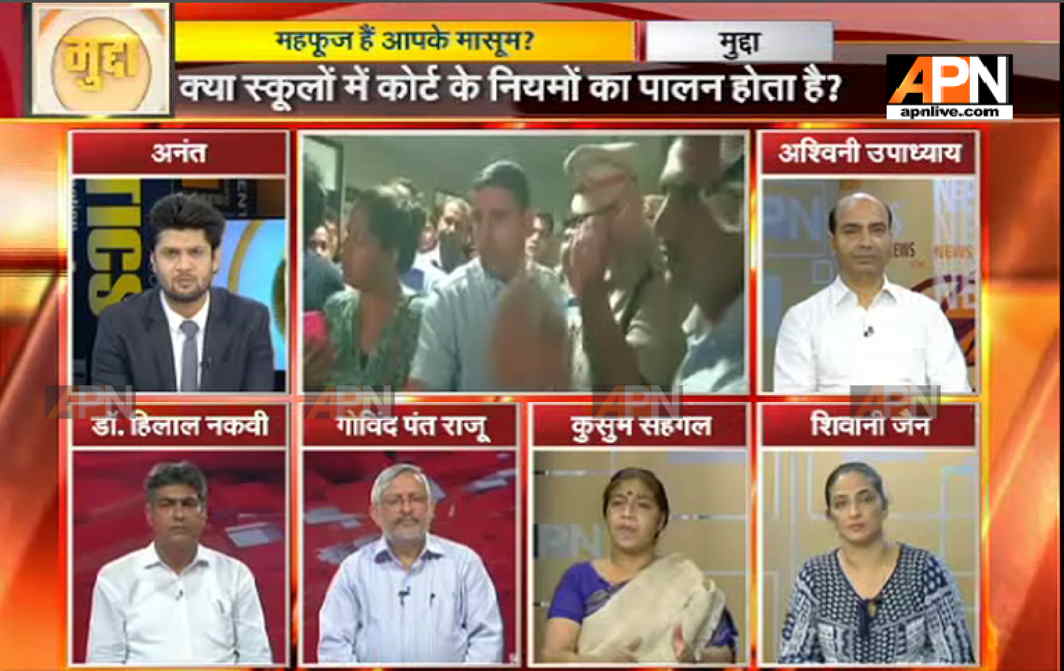 Our countrymen have no right to utter Vande Mataram unless we can keep India clean. Those who spit and deface public places with paan stains have no right to say Vande Mataram. The first right belongs to those who clean India. This was Narendra Modi, addressing the youth of India to commemorate Swami Vivekananda’s speech on the essence of religion and humanity in Chicago on September 11, 1893. Modi in his speech made another significant point: the youth should aspire to be job givers, not job seekers. Did the speech have enough substance and takeaway for the youth, considering the hype that had been created across the country?

APN consulting editor Govind Pant Raju felt on the daily Mudda show that the prime minister’s preparation didn’t match up to the preparation done to create the hype. The speech lacked direction, and Modi, instead of focusing on Vivekananda’s humanitarian values, also tried to publicise the government’s schemes. He added that as slogans, statements that Modi made on clean India and creating jobs might seem good, but they also indicate that the drives have failed so far. By questioning people’s right to say Vande Mataram, Modi in effect admitted his failure as far as the impact of Swachh Bharat in changing people’s mindset towards cleanliness is concerned.

But Ashwini Upadhyay, spokesperson of the BJP, said the prime minister is not responsible for all the filth in the country. The habit of spitting and throwing garbage around is ingrained in our culture. It doesn’t change overnight. It has not been taught in schools, nor at home. Now, the prime minister is trying to bring about a change, and it will show results over time.

The discussion was more about accusations and counter accusations, with Hilal Naqvi of the Congress saying Modi’s lack of clarity in the speech mirrored the government performance. He said all the schemes for which the government is claiming success were those that were started by the Congress, like Aadhaar, gas subsidy and even GST. Its own initiatives are headed nowhere, like the Ganga cleaning project. As to demonetisation, the data released by the RBI points to its failure. And he wondered how the youth can become job providers, when even big industries are shelving jobs?

Upadhyay countered him, saying the good policies of predecessors should be encouraged, but not corruption. The BJP has curbed the corruption perpetrated by the Congress, which is why the Congress is visibly perturbed. The public knows best, which is why it has reposed its trust in the BJP in election after election—be it assembly elections or civic polls.

The second segment of Mudda dealt with the safety of students in schools, following the murder of seven-year-old Pradyuman Thakur in Ryan International School, Bhondsi. The boy’s father has demanded a CBI probe into the murder, and the Supreme Court has issued notices to the centre and state government, seeking reply within three weeks.

Shivani Jain, president of the All Schools Parents’ Association, pointed out how schools flout transport rules, building rules and fire safety rules. School buildings, which are not supposed to be more than two storeys, now have four or five storeys. No verification is done of teachers—their behaviour, past record or behavior, etc. Upadhyay agreed that schools, in their urge to maximise profits, break rules all the time. He assured that the culprits will be punished.

Trust politicians to turn any discussion into a blame game. Thus, Naqvi said such tragedies won’t stop unless certain political parties stop using school auditoriums for their functions and force the school students and teachers to attend their party propaganda functions. In this scenario, when political parties mingle with school administration, which police officer will have the courage to take action against schools?

Upadhyay reminded him that Ryan and another prominent school chain, two of the biggest school chains, are owned by a Congressman. And Naqvi interrupted him, alleging Ryan owners have BJP affiliation.

As the debate deteriorated to a low, it was left to Jain and social activist Kusum Sehgal to remind the panel that the debate was not about political parties, but about assuring  children a safe place for learning.