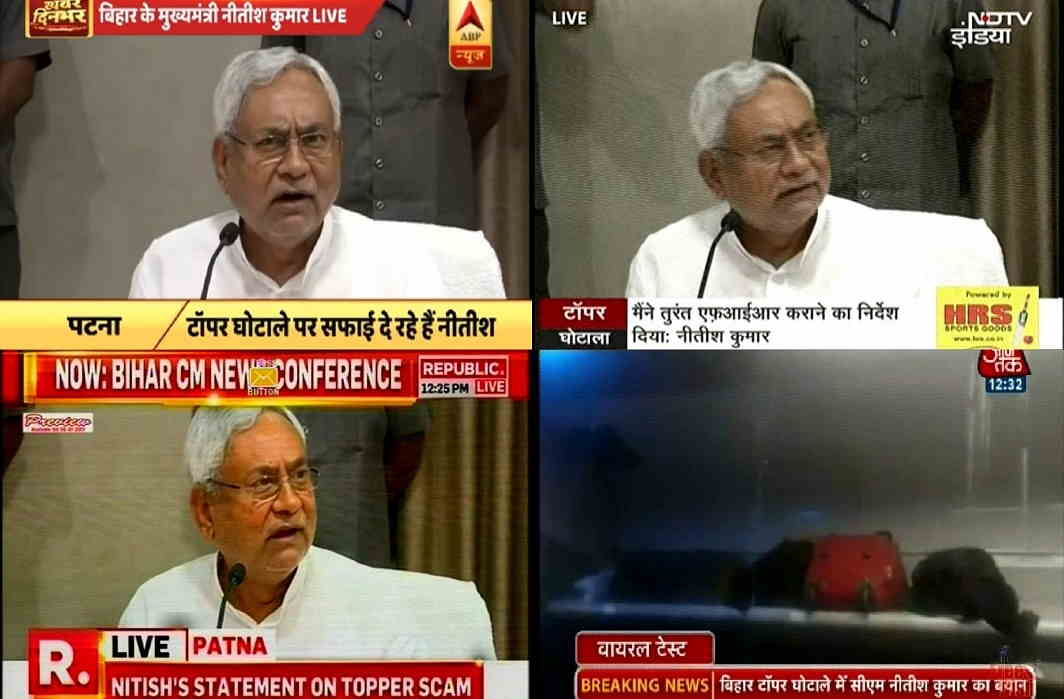 On Monday, APN monitoring team found Bihar CM Nitish Kumar’s statement on board exam topper controversy as most covered story of the day. Saeed Ansari and Ashraf Wani of AajTak were selected as best anchor and reporter. ABP was the fastest channel in breaking news.

The Bihar Board Examinations for Class 12 has once again generated controversy for corrupt practices. Topper Ganesh Kumar has now been arrested for fraud case on registering wrong date of birth to the Education Board. Originally, Ganesh passed metric exams in 1990 and now by registering himself much younger appeared in Class 12 exams. He was declared as topper in music.

Reacting to the development, Chief Minister Nitish Kumar alleged the state’s own people were spoiling the image of Bihar. He said that bad result of board examinations indicate cheating was not allowed. This news was covered by most TV channels and hence was selected as most covered story of the day. 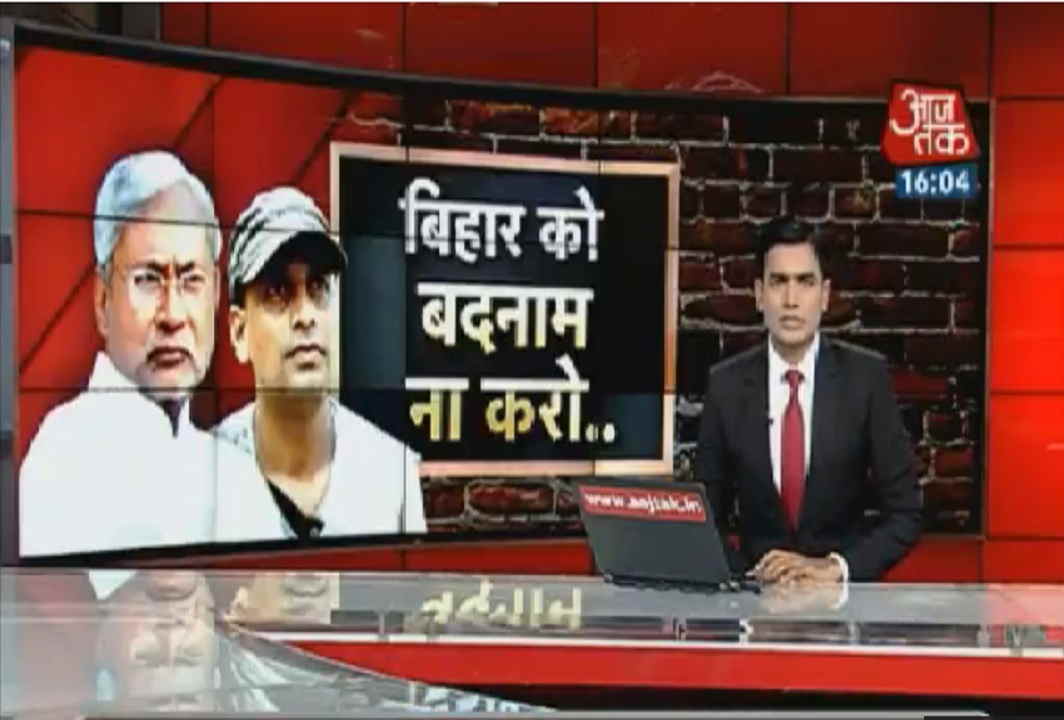 Saeed Ansari of AajTak presented a report about Bihar Chief Minister’s statement clarifying on the reported scam in the Class 12 Board Exams. He said people of the state were responsible for spoiling Bihar’s image. He assured that government will take necessary steps not allowing repetition of such a situation in future.  The anchor’s confidence in dealing with the report was amazing indicating that he had full knowledge of the subject. He successfully conveyed the maximum information to his viewers and made it attractive and interesting. Hence he was selected as best anchor of the day. 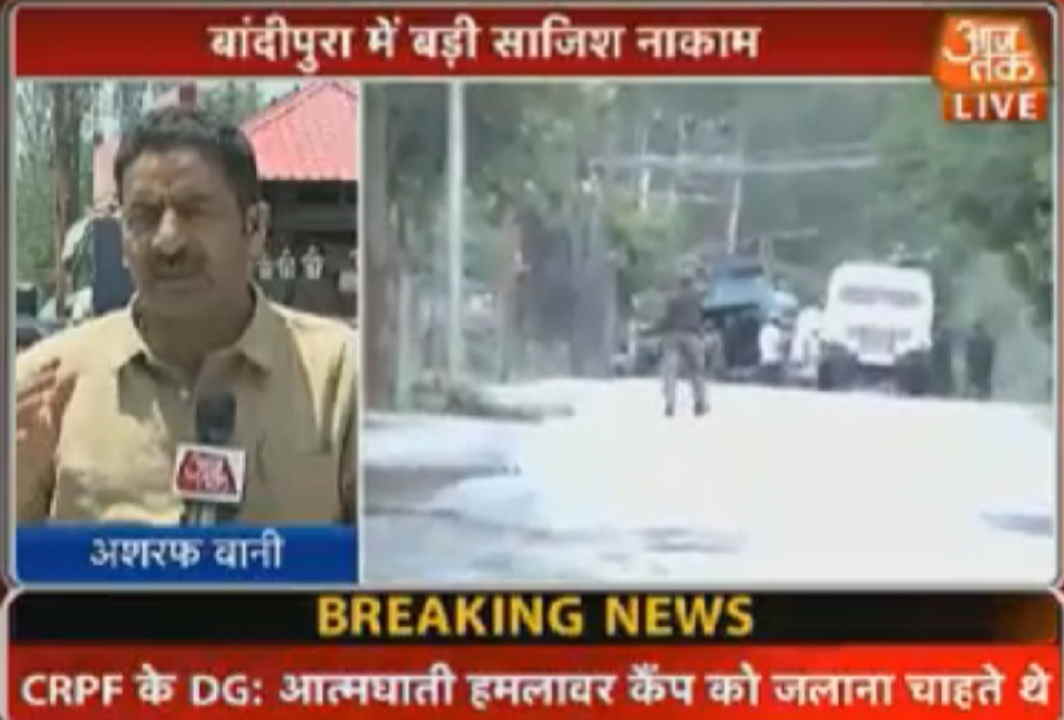 Ashraf Wani of AajTak reported from Srinagar on how security personnel successfully averted suicide attacks in Bandipora, Jammu and Kashmir.  He reported that terrorists tried to mount a suicide attack at 3 am at the Central Reserve Police Force camp. But alert personnel shot four Pakistani terrorists dead. He successfully shared maximum information about the incident. The reporter used simple and straight language to make it easier for the viewers to understand the story. His professional presentation and simple language made him best reporter of the day.

CM Yogi on World Environment Day: Awareness on environment from childhood to be government’s  priority,  launches movement to plant 6.34 crore trees in the state.

Rs 50,000 Compensation announced for each of 22 killed in a   Bus-Truck collusion in Bareilly

CBI and IT conduct raids at NDTV founder Prannoy Roy and co-founder Radhika’s premises in Delhi and Dehradun in a money laundering case. NDTV says it was an act of vendetta.

High Alert in Srinagar after terror attack at CRPF camp

CM Nitish Kumar speaks on Bihar topper scam, claims no cheating in Bihar Board Exams. Alleges that its own people were spoiling Bihar’s image