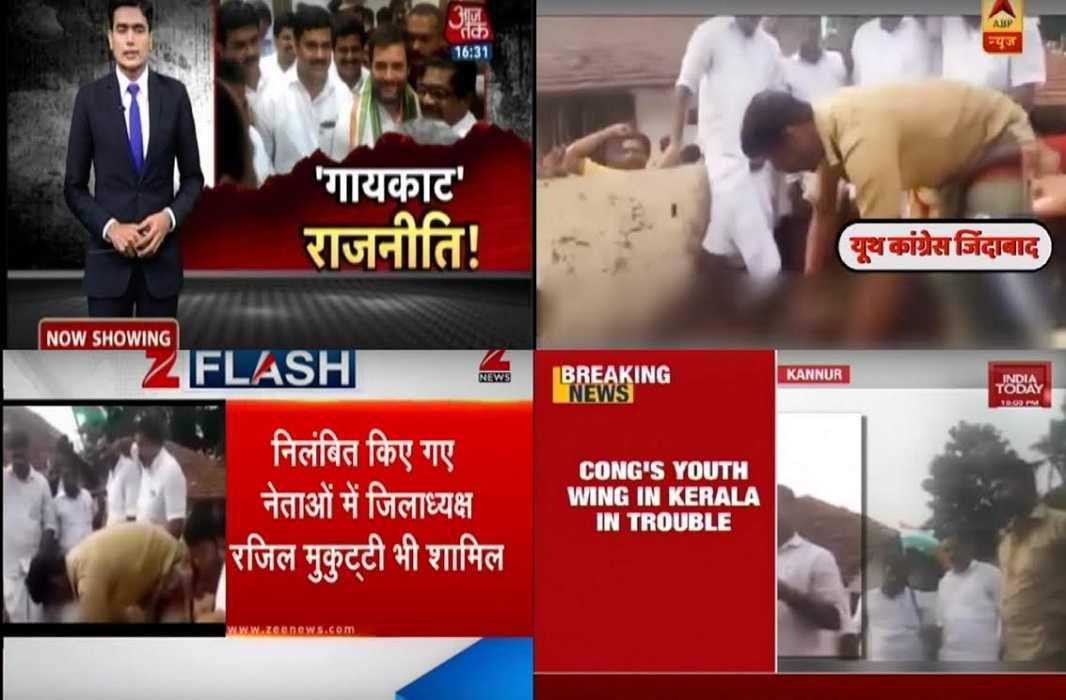 On Monday, the APN monitoring team found the story about suspension of three Youth Congress workers for being involved in slaughtering an ox in open in Kannur district of Kerala as the most covered one. Saeed Ansari and Ashraf Wani of AajTak were found to be best anchor and reporter of the day. ABP news was marked as fastest in breaking the news with speed and accuracy.

Congress has suspended three workers of its youth wing in Kerala for slaughtering an ox in public in Kannur district of Kerala. The video of the incident went viral on Monday attracting criticism for the Congress party. In its early reaction, the Congress denied any association with the culprits. But Rahul Gandhi objected to the registration of FIR against the Congress workers. However Randeep Singh Surjewala stripped the culprits of their party membership. Following the incident of slaughtering of ox in public, the Central government has clarified that it does not have any objection on the trading of animals for slaughtering but strict laws will be formulated about slaughtering. This story was covered by most TV channels and hence was selected as most covered story of the day. 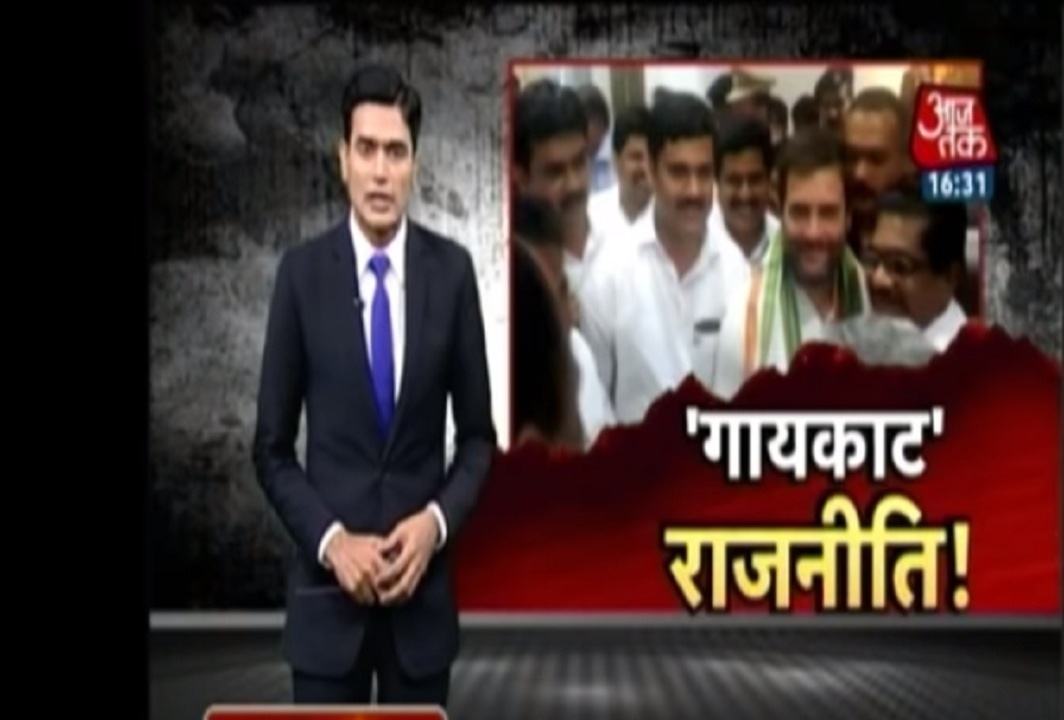 Saeed Ansari of AajTak presented the story about the killing of an ox by Youth Congress workers in Kannur district of Kerala. The anchor informed the audience that the ox was killed in the process of politicizing the issue.  The controversy emerged from the protests against the Centre’s move has influenced the political scenario. He said the killing of ox in public in protest against the ban on sale and purchase of cattle for slaughter took a very bad turn. The anchor presented his report in a very simple and impressive language and also displayed his confidence throughout the report. Hence, Ansari was selected as best anchor of the day. 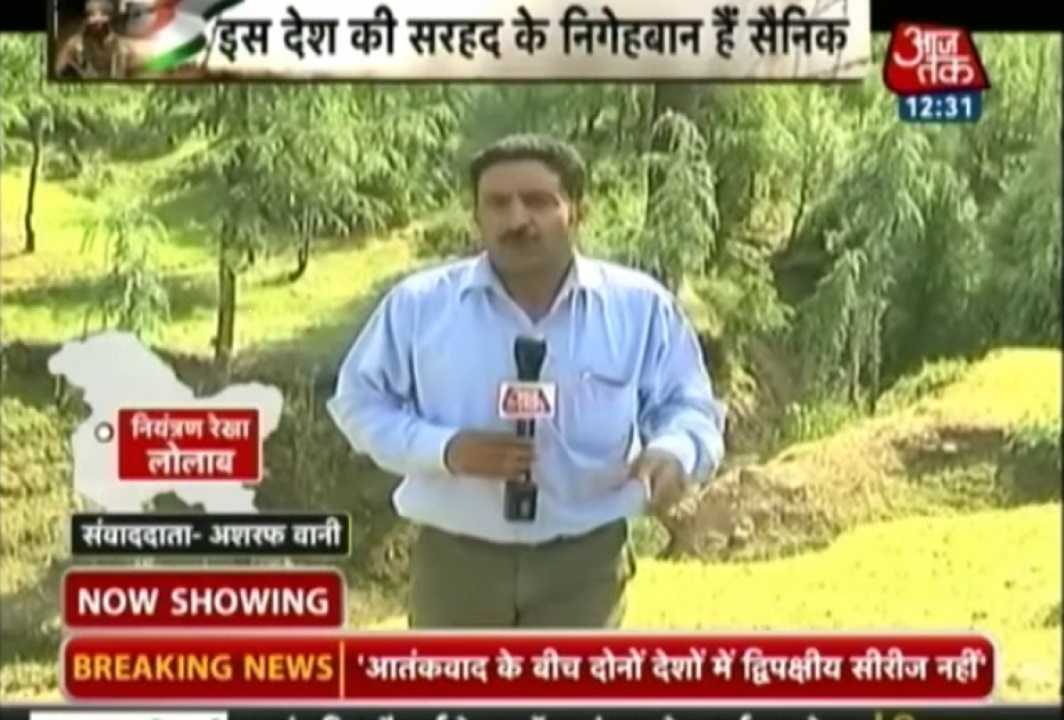 Ashraf Wani of AajTak reported from ground zero about the determination of  Indian army personnel deployed in the rough terrain  at Line of Control (LoC). The reporter visited the place where Pakistan’s Border Action Team (BAT)’s attack was repulsed by the army. Ashraf talked to Commanding Officer Sarabjeet who indicated the possibility of further attacks from across LoC.  The reporter informed the audience that army was conducting search operation in Lolab jungles. The reporter successfully covered the story about the military operation in a very tough situation. There was no sign of any tiredness or fear on his face while reporting from a dangerous place.  Hence Ashraf Wani was selected as best reporter of the day.