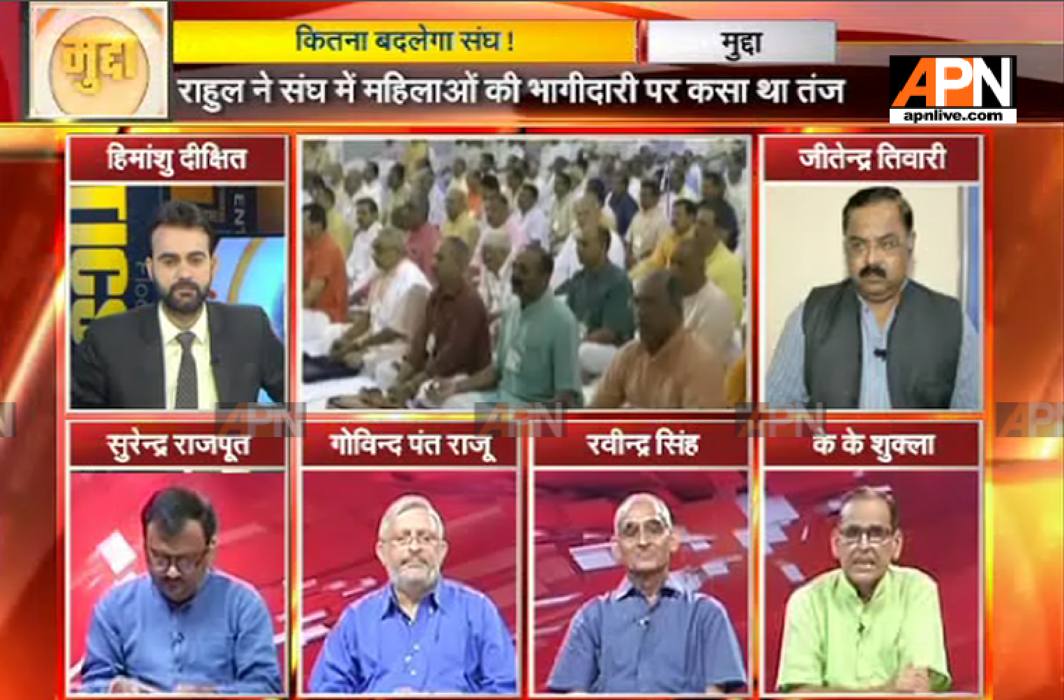 Debate analyses optics at the Lohia death anniversary function in Uttar Pradesh, feels that father and son may be closer, but uncle is still outside the fold though he has little choice save return

The two leading members of the Samajwadi Party’s first family was seen together in public after a long time when party chief Akhilesh Yadav and his father Mulayam Singh Yadav met at the death anniversary of Dr Ram Manohar Lohia at the Lohia Park in Lucknow on Thursday. However, uncle Shivpal was left alone at the Lohia Trust office which Mulayam visited only briefly and Akhilesh avoided. All of which begged the question, is the beleaguered party together again or does rift still persist in the presiding family?

Raju made the opening remarks. “Between last year and this one, there has been no great change. Even Mulayam and Akhilesh avoided eye contact even though they posed for photographs, so the fissures remain,” he said.

Asked for his take, the BJP spokesperson held that the so-called rift was just an eyewash, as the plan has always been to hand over the reins of the party to the son, true to the old custom followed by monarchs in India. Oddly enough, when the Congressman was asked if the constant squabbling was affecting adversely the health of the party and, indirectly, the people of the state, he accused the BJP man of maligning the names of Rama and Krishna by comparing SP with a monarchy, thus putting in the dock all the great kingly dynasties of India. Gupta immediately pounced on him, accusing him of taking the Lord’s name in vain, and the two were seen engaged in a fine war of words and verbiage.

The anchor then managed to restore sanity and get the Congressman to answer his question.

He said, “We want the family to unite and that must be done under the leadership of Akhilesh Yadav. Sangathan mein shakti hoti hai (There is strength in the collective).”

Geeta Singh of the SP, however, chose to do the ostrich act. She refused to acknowledge any differences in the party and insisted, “Netaji and Akhilesh were together today, so why do you think there is infighting?”

Asked about Shivpal’s lonely presence at the Lohia Trust, she accused the BJP spokesperson of “spreading rumours of rift”. “There can be no distance between brother and brother, father and son. The utensils in a kitchen may clank when together but won’t break,” she said.

The anchor laughingly remarked that he was thankful that she had at least admitted that “they are clanking, and that, too, is not a rumour”.

Ravindra Singh opined that dynasty rule is still thriving in SP. “Mulayam had given his blessings to Akhilesh, and he did not go to Agra. But differences remain between Shivpal and Akhilesh. Shivpal, I believe, has no choice but to apologise and return to the party fold. He doesn’t have too many options outside the party,” he said.

Will a possible Shivpal exit result in damage to the party?

Asked this question, Raju said he believes that Mulayam has been trying to bring everyone together for a long time. “That has been his mission for the last few months,” he said.

The Congressperson said that the SP is still capable of giving nai dasha and disha (new status and direction) to the country, through a coalition headed by the Congress, “but the Congress will lead the alliance, as Congress ke god mein se hi samajwad ka utpann hua hai (the birth of socialism took place in the lap of the Congress). Acharya Narendra Dev, too, was one of our own thinkers”.