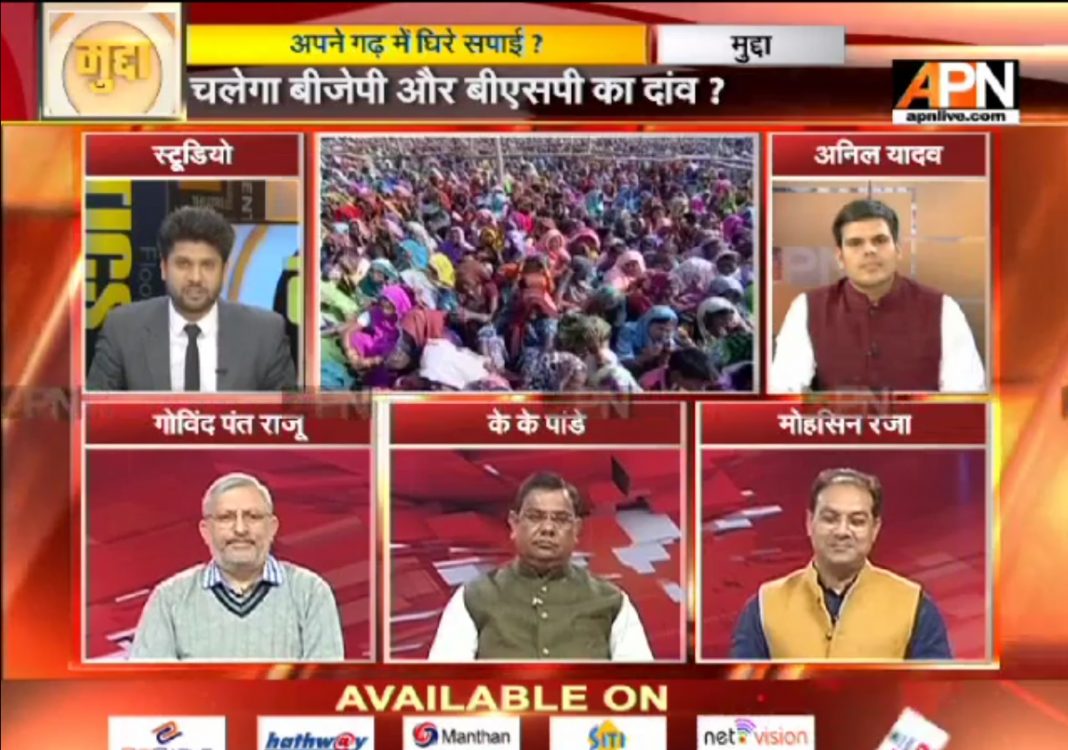 Uttar Pradesh is preparing for the third phase of assembly elections to be held on February 19. The candidates will contest in 12 districts for a total of 69 seats. The third phase is expected to play a key role in determining who the next chief minister will be as in the 2012 elections the Samajwadi Party (SP) had won 55 of the 69 seats and gone on to wrest power. Out of the 12 districts Kannauj, Etawah and Mainpuri will be the most important as the SP had all the 12 seats in each of those areas. Will Akhilesh Yadav be able to retain the support that Mulayam Singh Yadav enjoyed for 25 years? Will he be able to repeat the stellar performance in these places?

Raza said: “I have not seen SP so messed up before. It is because they have accepted they will lose the election this time. Uttar Pradesh has become the home of corruption today. An FIR has been filed against their party leader, Gayatri Prajapati. This is a matter of shame for them.”

Yadav said the BJP had not done anything for the development of the state. He retorted: “You were unable to bring in 24×7 electricity in the villages. Sugarcane loans are hanging over the farmers’ heads still. How can they point fingers at us when their own leaders are in deep water over corruption?”

When asked if the alliance was affecting the Congress in any way, Pandey defended his party. He said: “It will not harm us. It will only make us stronger than the BJP. The Congress is striving for the development of the state for three years now. Where was the BJP all these years? Now, suddenly, Modi declares himself the adopted son of UP!”

Raju summarised the third phase with facts and figures. Analysing the voters’ attitude, he said: “The SP had won here in 2012 with 55 seats. When Dimple Yadav stood in the election, no one was willing to stand against her in 2012. Mulayam was the heartbeat of the party. But in 2017 Akhilesh Yadav is controlling the reins of the party. He has also declared himself the party’s face for CM. The third phase is a personal challenge for Akhilesh without the active support of his father. If he is unable to win as many seats as last time it will only prove his incapability in handling the party.”

On the issue of Mulayam’s refraining from campaigning for Akhilesh, Yadav replied: “Netaji is always with the party. His blessings are always there with us.” Pandey said the Congress does not know where he is and what he is doing; it entered the alliance with Akhilesh and will deal with him. Raju concluded that these rejoinders clearly point towards the fact that there is a rift between the two parties despite an alliance.