Views on news
Home Uncategorized The actor who outshone the stars

Om Puri passes away at 66 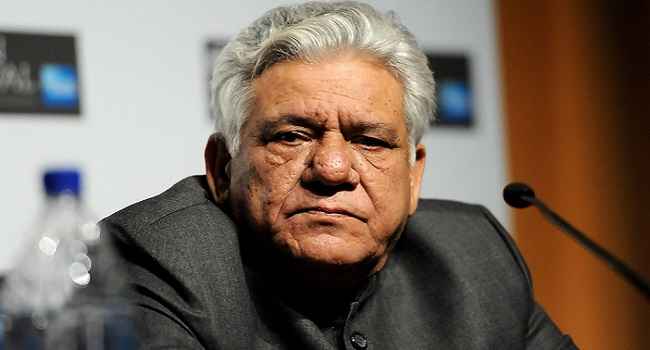 Om Puri, who passed away on January 6, stood tall among the actors, physically and figuratively. He took whatever roles came his way and made gold out of them in terms f his performance. There will be many who will remember his iconic performances in Aakrosh (1980), where he literally exploded in the frame, and Ardh Satya (1983), where he showed himself to be the much harassed cog-in-the-wheel, the lot of the frustrated not-poor-not-well-off middle class man. Or that of the hapless butcher in the television film, Tamas (1988), based on Bhisham Sahni’s story, where he becomes the agent provocateur without his being aware of it.

But where he shone in his natural sheen was in some of the English movies, where the acting need not require the volcanic simmering of the ordinary Indian of the 1980s. The latest was The Hundred-Foot Journey (2014), directed by Lasse Holstrom, the heartwarming story of an Indian restaurateur played by Om Puri, and his family, settling in a French village, and opening an Indian joint. There is a French eating place across the road, and Helen Mirren plays the owner. The little rivalries, and the aspiration of the elder son of the Indian family to be a Michelin-starred chef, encouraged by Mirren, makes for an amusing encounter, with its moments of pathos. He played again the dignified father in The Reluctant Fundamentalist (2012), based on Pakistan writer Mohsin Hamid’s novelette, showing the anguish of a parent without exhibiting it outwardly.  One of his almost invisible roles was in Code 46 (2003), a sci-film, where he walks through his role in an unreal matrix. Perhaps, the most moving portrayal by Om Puri of an individual caught in the web of circumstance came in My Son The Fanatic (1997), a film based on a story by England-based Pakistan writer, Hanif Kureishi.

A good actor burns brightly in powerful roles and that Om Puri did when he won the spurs as it were in the early 1980s. But as the actor matures, he knows how to lend charm and credibility to the smallest part he plays in a film. And it is in the apparently walk-through parts that a good actor lends weight and meaning to the roles he plays.

Om Puri, like his peer Naseeruddin Shah, makes it amply clear, that one does not have to be the hero of a film, and romance the heroine, to win the acting laurels. You do that with roles that have no glamur quotient. Om Puri made himself the monarch of the “other role” and when the audience walked away, it was his part that remained etched in their memories. It was not an easy feat to achieve.

He did not also complain too much against Bollywood’s star-struck ways. He was quite stoic in accepting the system, and working around it and through it. No. He did not try to subvert the system. He stole the show through many of his performances, but he never made it into an act of oneupmanship.

A Case of Broken Heart Syndrome